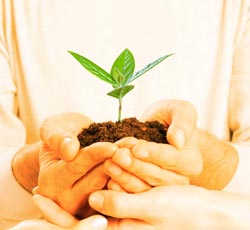 The Small Christian Communities came into existence in June 1984 through Bishop Bosco Penha’s hard work of conducting meetings and motivating people to form the Basic Christian Communities. The work started with a large group of around 70 seminarians and a few lay persons who formed the Steering Committee with Mr Thomas Lobo as the first Chairman. The parish was initially divided into 36 units and the committee members took charge of 2 or 3 units. When Gokuldham parish separated from St Thomas Parish, there were only 22 units, including the Tamil Unit.

After eight years the Steering Committee was reconstituted with Mr K. P. Joseph as its Chairman. He worked in that office for six years. Later, Fr Gilbert D’Lima was appointed the Coordinator (2 years) followed by Sr Clare, PSOL (1 year). Subsequently, Henry Homen assumed the mantle of the SCC leadership until 2008, when Albert Pereira took over. Henry was assisted for sometime by Tony Almeida and later on for a brief period by Francis Barboza.

Another chapter in the history of the Small Christian Communities is when His Eminence Oswald Cardinal Gracias inaugurated the Silver Jubilee Year of the SCCs on Sunday, July 06, 2008. He unfurled the banner bearing the theme “Unity in Community”, a desire to remain always united to the parish community through unity in our communities. Various programmes and activities were organized during the year. To mark the end of the silver jubilee celebrations, a musical entitled, One Vision, was organized on Sunday, November 01, 2009. About 75 parishioners comprising children, youth, adults and senior citizens took part. The entire evening’s programme was meticulously planned and well appreciated by one and all. As we move ahead, it is our desire to make the SCCs stronger and more committed communities of love, peace and justice.