“To serve and not be served” was the motto of our founder Bro. Frank Duff. The association of the Legion of Mary which was founded by him on September 07, 1921 in Dublin, Ireland has diligently abided to this motto over the past 90 years of its existence to serve the needy and down trodden and follow the footsteps of Jesus under the banner of Mary our mother. This is a lay apostolic organization at the service of the church, under ecclesiastical guidance. Its two fold purpose is the spiritual development of its members and advancing the reign of Christ in the world through the maternal intercession of Mary, Mother of the Church. The Legion today is spread far and wide in all the 5 continents and across the length and breadth of our country.

The torch of the Legion has been aflame in our parish for more than 6 decades having been set up in the year 1955 by the late Rev. Fr. Silva Roza. The Junior Legion was established in 1976. The Legion was one of the very first organizations to be formed in our parish and the members took upon themselves to reach out to parishioners in the vast undivided parish which covered in those days the whole of Goregaon West, Malad West and East and Aarey Colony areas. The members trudged on foot over long distances to establish contacts in far flung areas. With the establishment of a Mass Centre at Chincholi, another unit of the Legion was set up in 1981 at Chincholi under the patronage of the Fernandes’ family. 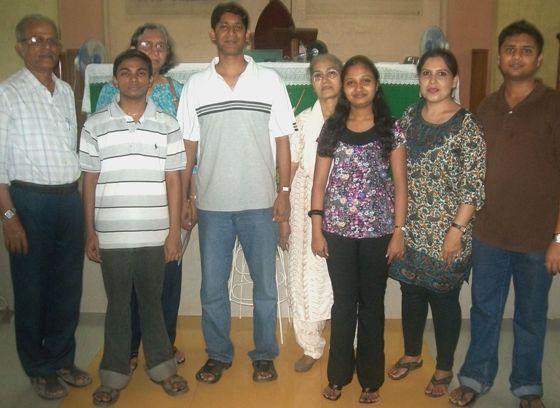 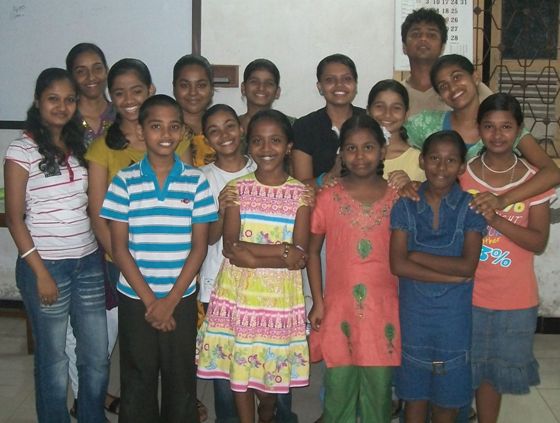 Over the years, the Legion has been a force to reckon with in the parish, always at the forefront of every form of parish activity. Its forte has been the visiting of people in their homes and in hospitals with special attention given to the sick and the homebound. It has endeavored over the years to foster devotion to Mary through the Rosary Devotion and door to door circulation of the Statue of our Lady.

Other works include case works like broken marriages, mixed marriages, etc. teaching at the Sunday School, preparing adult candidates for baptism (RCIA) and Prison Ministry. The Juniors have been involved in explaining the Word of God (especially parables) and the Soldiers of God to little children, helping at the church bookstall and reaching out to children in their homes. Some of the major annual projects undertaken jointly with the Seniors and Juniors are the chain of rosaries during the Nativity novena, Mass for the Sick and homebound during the Season of Advent, mobile float during Christmas week, the Penitential Walking pilgrimage during Lent and conducting the Rosary daily in church during the month of May and October and coordinating with our Lady’ statue circulation whenever required by the various units of our parish.

Our Senior group meets every week on Tuesday at 7.45 p.m. and our Juniors meet on every Sunday at 5.00 p.m. in the Conference Room.

It is rightly said that many are called but a few are chosen, and we feel proud to be the chosen ones to serve the Lord and His Blessed Mother in His vineyard. Our prayer is that St. Thomas has a rich harvest of willing labourers to toil selflessly in the building up of God’s Kingdom here on earth.